Discuss shoot-em-ups, and games in general.
Post a reply
5 posts • Page 1 of 1

Hi I'm a new member of Shmup-Dev, hello everyone

I have this idea... but I'd like to know whether something similar already exists before I rush head first in dev. So I'm asking for your help, wise shmup experts!

Is there some kind of PvP shmup fighting game somewhere? There would be a spacecraft on the left of the screen, another one on the right, and they would try to kill each other. What's on my mind is something like MUGEN, but instead of ChunLi vs Raiden, that would be Nemesis vs R-Type, or ForgottenWorld vs Defender...

I would proobably make it with Löve lua framework...

Does it already exist? Is it worth working on such a thing? Is 2D enough?
Top

WarTech is probably the closest to this idea. It's a VS shmup fought in a 2D arena, although with 3D graphics. 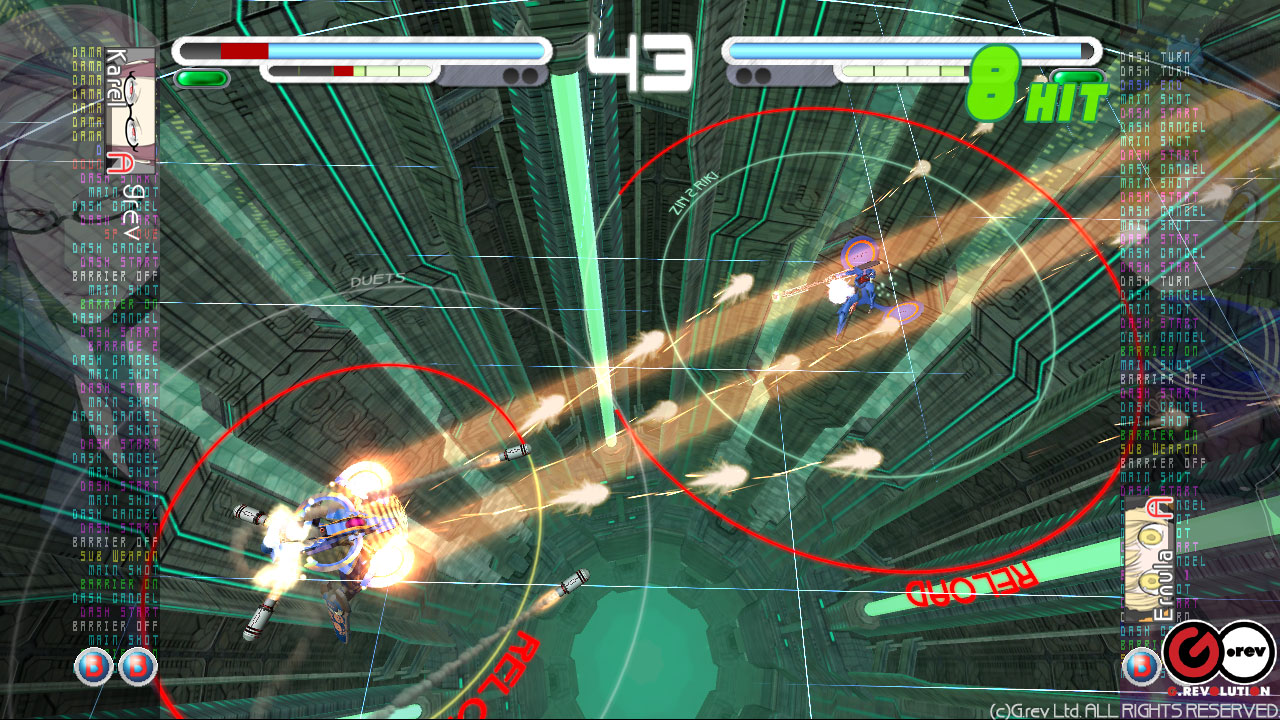 Thanks, that's pretty close to it, indeed. I watched a video of Wartech gameplay... it looks very good! My game would be more old school, visually. And it's meant to be a tribute : it would imply ripping sprites from the most legendary shmups of the XXth century (always giving credits to original devs), starting with Space Invaders, Galaxian, ...etc, and following the timeline.
EDIT: Currently I'm playing a nice mobile shmup called Cold Space. Interestingly, it features a life-bar and a shield-bar. When you get hit, the shield-bar is depleted first. The life-bar won't be depleted unless the shield-bar is empty. The shield-bar restores itself automatically. That's maybe how things should work in this old-school arena.
Top

I own a copy and found I didn't care for it much.
I think it is something that looks great on paper but is hard to execute properly.

However there is no reason why you can't make another attempt. I feel the perspective got in the way in this title.
The hardest part is making sure the attacks are fair but also always challange the player who has memorized his opponents attacks.
It is a hard balance for sure!
Top

The only other example I can think of apart from WarTech is Change Air Blade, which in a few ways I think was better executed by comparison. Definitely give that a spin for ideas as well.
Greetings from the land down under!