Hi! We're a two-man indie dev team called Bourbontank and we're happy to announce that our game Cosmonator is now available on Steam in Early Access. It's a shmup / rpg hybrid and apart from our recent Steam launch (), we also have a fully playable free demo available at https://bourbontank.itch.io/cosmonator that we would love for you to check out. We want to gather feedback during Early Access and we want to get as many as possible shmup fans involved! Plus, we just basically want everyone to play our game, because it's awesome. (It's very cheap on Steam, but if you think it's too expensive or if you have no money, or if you're just a cheap bastard, just reply here and we'll consider your situation and maybe send you a free game key. Maybe.) 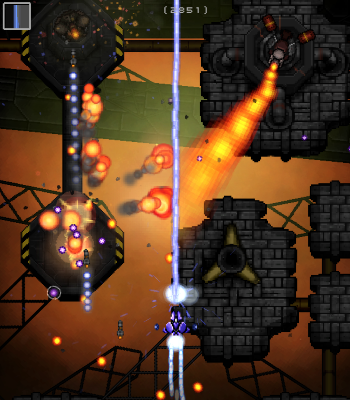 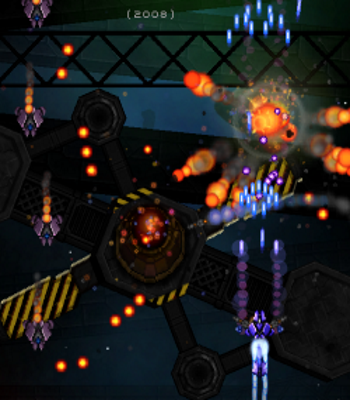 The game is a classic old school shoot-em-up at heart, but infused with a deep progressive character building system in the style of an RPG. So think hectic action and tight gameplay (and true Danmaku bullet hell on the higher difficulty settings), but with tons and tons of upgrades, special abilities, weapons, spells, and an infinite amount of different tactical builds using cool combos of spells and upgrades. Also, a sick amount of levels and more than 10 epic boss battles along the way. Hope you enjoy it!